Printable fliers can be found here.

October 7, 2015 from 12:15 – 1:00 Location: The Library.   Did you know BCC’s very own winning soccer team, the Falcons, has an international roster of superb players?  Come and meet BCC’s team members from Central and Latin America, Africa and the US, and hear their soccer stories.      Light Refreshments will be available.

October 9, 2015 – 6:30pm Location: Paterson Soccer Field, Across from the Main Campus on West Street, Pittsfield, MA.  The BCC Falcons Soccer team play UMASS.  We will be providing wrist bands from the country of origin of our soccer stars for you to wear and cheer them on with.  Hot chocolate will be provided free of charge for students

October 20, 2015.  Cuban Luncheon Sampler:   In celebration of the recently restored diplomatic relations between Cuba and the United States.  Come and taste a sample of Cuba’s rich flavors through a special menu item at the streamline. We will be screening selections from the NEH/PBS film, Latino Americans:  500 Years of History.

October 23, 2015 – 2pm – 3pm – Location: The Library. Book Club Reading Group.  The book How The Garcia Girls Lost Their Accents will be discussed.  Refreshments.

December 1, 2015 - 12:15- 1:30 Location: The Library- Screening of the Prejudice and Pride segment from the PBS/NEH documentary, from the Documentary Latino Americans: 500 Years of History.  There will be refreshments.  People are welcome to stay for discussion of issues of acceptance and exclusion experienced by Latinos in New England.  Open to the general public  Tentative - FORUM CREDIT

April 9, 2016 – ALL DAY - Bus Trip to New York City to visit El Museo del Barrio, walking tour of East Harlem and other sites relevant to Latino History, led by Dr. Mariana Bolivar.  Lunch at the East Harlem Market Place, and extra time to explore mid-town and Rockefeller Center.  While travelling, we will repeat screenings of the PBS Documentary Latino Americans, in particular the segment, Peril and Promise.  Two bus picks in Pittsfield at appx. 6:30 am and Great Barrington 7:00 am.    APPROVED FOR FORUM CREDIT. Only $10.00. Limited seating for non- students.  Made Possible From A Grant From The NEH/ALA.

Date TBA - Soccer: The Latino Connection - An event with our own soccer team, The Falcons.

Latino Americans: 500 Years of History has been made possible through a grant from the National Endowment for the Humanities and the American Library Association.

One hundred years after Columbus' arrival in the Caribbean, Spanish Conquistadors and Priests, push into North America in search of gold and to spread Catholicism. With the arrival of the British in North America, the two colonial systems produce contrasting societies that come in conflict as Manifest Destiny pushes the U.S into the Mexican territories of the South West.

Apolinaria Lorenzana provides a window to the Spanish Mission System while Mariano Vallejo personifies the era of the Californio rancheros an elite class who thrive after Mexico gains its independence from Spain. Juan Seguín, a third generation Tejano or Texan, is caught between two worlds; his commitment to an Independent Texas and his identity as a Mexican. Through the Mexican American War, the U.S. takes a full half of Mexico's territory by 1848. Over seventy thousand Mexicans are caught in a strange land and many become American citizens.

As the Gold Rush floods California with settlers, complex and vital communities are overwhelmed. The elites, including Mariano Vallejo and Apolinaria Lorenzana lose their land. Mexicans and Mexican Americans are treated as second-class citizens, facing discrimination and racial violence. Resistance to this injustice appears in New Mexico as Las Gorras Blancas (The White Caps), burn Anglo ranches and cut through barbed wire to prevent Anglo encroachment. At the same time, New Mexicans manage to transform themselves through education, managing to preserve Hispano culture in New Mexico and their standing in the midst of an era of conquest and dispossession.

Widespread immigration to the U.S. from Latin countries begins – first with a small group from Cuba, then a larger one from Mexico. Both flee chaos and violence in their home country and are attracted by opportunities in the United States. In 1898, the U.S. helps liberate Cuba and Puerto Rico from Spain but then seizes Puerto Rico as its colony. The first Puerto Rican arrivals (now U.S. citizens) establish a network in New York.

Juan Salvador Villaseñor whose story is told by his son, Victor, flees the violence of the Mexican revolution of 1910, along with his mother and two sisters. We follow Juan Salvador's story; first through a grueling journey and poverty, then as a bootlegger, and finally as a successful businessman along with his wife and children in the United States.

During the 1920s, immigration is encouraged with the expanding U.S. economy. Mexicans and Mexican Americans build a thriving community in Los Angeles and look forward to a bright future. But when the economic boom of that 1920s ends with the catastrophic Depression of the thirties, the pendulum swings. Immigrants encouraged to immigrate in the 20s are deported en masse in the 30s. Emilia Castaneda loses her home and her family when she and her father and brother are deported to Mexico, despite the fact that Emilia and her brother are U.S. citizens. Puerto Ricans, also caught in the depths of the Depression, rebel against U.S. rule on the Island, and eventually gain Commonwealth status from the U.S. Government.

World War II is a watershed event for Latino Americans with hundreds of thousands of men and women serving in the armed forces, most fighting side by side with Anglos. In the Pacific, East L.A.'s Guy Gabaldon becomes a Marine Corp legend when he singlehandedly captures more enemy soldiers than anyone in US military history. But on the home front, discrimination is not dead: in 1943, Anglo servicemen battle hip young "Zoot suitors" in racially charged riots in southern California.

After the war, Macario Garcia becomes the first Mexican National to earn the Congressional Medal of Honor for his exploits fighting in Europe, only to be refused service in a Texas diner. The experience during the war pushes Latinos to fight for civil rights back home. A doctor from South Texas, Hector Garcia, organizes the American GI Forum, transforming himself into a tireless advocate for civil rights and the friend of a future president. Although Latinos make significant gains, the journey for equality is far from over.

Until World War II, Latino immigration to the United States was overwhelmingly Mexican-American. Now three new waves bring large-scale immigration from Puerto Rico, Cuba, and the Dominican Republic. As the Puerto Rican government implements a historic overhaul over a million Puerto Ricans are encouraged to leave for the US mainland, to alleviate the economic pressure. A young Juanita Sanabria arrives in New York, works hard in the garment district, but encounters hostility and discrimination. Ethnic tensions explode in youth gang warfare depicted in films like West Side Story, etching the stereotype of the knife wielding Puerto Rican in the American consciousness.

In the film, Rita Moreno plays the role of Anita and wins an Oscar. But for most Puerto Ricans empowerment remains elusive. A young Puerto Rican lawyer, Herman Badillo, takes on the political establishment, opening the door for unprecedented Puerto Rican participation in electoral politics. In the early 60s, the first Cubans flee the left-wing Castro regime, a relatively white, middle-class flight that soon forms a refugee enclave in Miami. A child of 11 at the time, Gustavo Perez Firmat believes like most refugees, that it is only a matter of weeks before the American government will wrest Cuba from the Communist regime. But Castro survives. Maria de los Angeles Torres is only six years old when she leaves Havana without her parents, one of 14,000 children are smuggled out through an underground network. Unable to leave legally, Manuel Capo and his two military age sons – make a dramatic journey to the US. With skills honed in the family furniture business in Cuba and support from the federal government, the Capos build thriving business marketing to the growing Cuban population.

In 1965, fearing another Communist takeover in the Caribbean, President Johnson sends Marines to the Dominican Republic, triggering a third wave of immigration. With a US visa in hand, 20 year-old university student, Eligio Peña, flees to New York. Eventually he brings his family to New York as Dominicans build a new home in Washington Heights. Julia Alvarez would take the immigrant experience – her own and that of her fellow Dominicans – to unprecedented literary heights in How the Garcia Girls Lost Their Accents. In her work, she explores the hybrid identity taking shape in a new generation of Latinos, who are now demanding their place in America.

In the 1960s and 1970s a generation of Mexican Americans, frustrated by persistent discrimination and poverty, find a new way forward, through social action and the building of a new "Chicano" identity. The movement is ignited when farm workers in the fields of California, led by César Chavez and Dolores Huerta, march on Sacramento for equal pay and humane working conditions. Through plays, poetry and film, Luis Valdez and activist Corky Gonzalez create a new appreciation of the long history of Mexicans in the South West and the Mestizo roots of Mexican Americans. In Los Angeles, Sal Castro, a schoolteacher, leads the largest high school student walkout in American history, demanding that Chicano students be given the same educational opportunities as Anglos. In Texas, activists such as José Ángel Gutiérrez, create a new political party and change the rules of the electoral game. By the end of the 1970s Chicanos activism and identity have transformed what it means to be an American. Chicano and Latino studies are incorporated into school curriculum; Latinos are included in the political process.

In the 80s the nature of the Latino Diaspora changes again. From Cuba a second wave of refugees to United States – the Mariel exodus – floods Miami . The same decade sees the sudden arrival of hundreds of thousands of Central Americans (Salvadorans, Guatemalans, and Nicaraguans) fleeing death squads and mass murders at home like activist, Carlos Vaquerano. By the early 1990s, a political debate over illegal immigration – has begun. Globalization, empowered by NAFTA, means that as U.S. manufacturers move south, Mexican workers head north in record numbers. A backlash ensues: tightened borders, anti-bilingualism, state laws to declare all illegal immigrants felons. But a sea change is underway: the coalescence of a new phenomenon called Latino American culture-as Latinos spread geographically and make their mark in music, sports, politics, business, and education. Gloria Estefan leads the Miami Sound Machine creating cross over hits in Spanish and English. Oscar de la Hoya, a Mexican-American boxer from L.A., becomes an Olympic gold medalist and the nation's Golden Boy. Is a new Latino world being created here as the Latino population and influence continues to grow? Alternatively, will Latinos in America eventually assimilate into invisibility, as other groups have done so many times? Latinos present a challenge and an opportunity for the United States. America's largest and youngest growing sector of the population presents what project advisor Professor Marta Tienda calls, The Hispanic Moment. Their success could determine the growth of the United States in the twenty-first century; however their failure, contributing to an underclass, could also pull this country down. The key, according to Tienda and Eduardo J. Padron, Ph.D., President of Miami Dade Community College, is education. 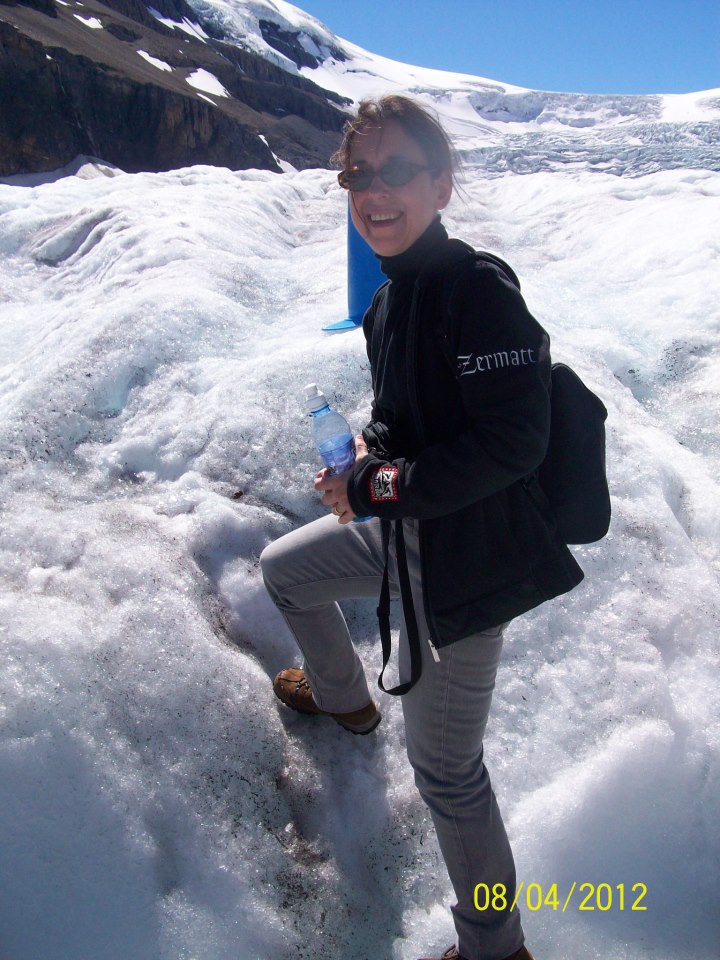